Gen 21:6 “Sarah said, “God has brought me laughter, and everyone who hears about this will laugh with me.”

Hope you had a Happy National Daughter’s Day on September 25th, 2020.  Here are other paramount events that happened for women historically during the month of September–12th, 1910-Alice Stebbins Wells formerly a minister and social worker, becomes 1st American woman police officer with arrest powers for the LAPD.  She consequently, also designed the 1st woman’s police uniform.   25th, 1981- Sandra Day O’Connor is sworn in as the first woman U.S. Supreme Court Justice retired in 2006.  29th, 1988 the first American woman to reach the summit of Mt. Everest the world’s highest mountain was Stacy Allison, Junko Tabei born on Sept 22, 1939 was the first and the first to climb the highest peak of the Seven Summits.

2020-On Sept 18 Ruth Bader Ginsberg  2nd US Supreme Court Justice dies.  And on Sept 25th President Trump nominates Judge Coney Barrett to take her seat.  If she is selected, Republicans will hold a 6-3 advantage.   On the 23rd, in the case of Breonna Taylor a Black woman who was fatally shot in her home by raiding police officers; all were abdicated except one who was charged with 3 counts“wanton endangerment” for her neighbor.

Breonna Taylor, was only 26 when she died.  She was an Emergency Room Technician who planned to go back to school for a degree in nursing.  She like many woman worked to improve herself, building up her credit score to purchase a house and start a family.  Due to the negligence of our police and justice systems in recognizing that Black Lives Matter, an innocent US citizen will never know what it is like to realize those dreams.  Getting married, fulfilling her goals and having a child these hopes have gone down with her in the grave.  Civil unrest and peaceful protests have been incessant since her untimely end on March 13th, 2020.  Though many things in life are unanticipated and deplorable-God is a Just God.  He himself understands being innocent and still having to suffer unjustly.  Yet we are still called to have faith and take heart.  We are still called to have hope  Romans 15:3 “May the God of hope fill you with all joy and peace as you trust in him, so that you may overflow with hope by the power of the Holy Spirit”.

Sarah and Elizabeth were both women who were given hope by God past insurmountable circumstances.  Like Breonna Taylor, they did not have their dreams of having children in their youths.  These daughters of Abraham were well up in age, that it was physically improbable for them to conceive, carry through their terms and give birth.  Being barren, which means to be incapable of producing offspring, disgraced these women.  Not only outwardly by their community, the talks the looks. But also internally by their feelings of inadequacy and helplessness.  The act of procreation, thought of as a woman’s blessing as well as a commandment Gen 1:28; 9-7 was their impossible dream.  Therefore for a woman to not fulfill her social, societal, marital, generational, overall her feminine role- with all its expectations often left her with no hope, desperate and vexed.

However, God is a Provider!  The Lord visited Sarah with good news that she will give birth.  In her cynicism she laughs and lies to God when he called her out on it.   I love when the Lord said, “Yes you did laugh”.  See it is of no benefit to make a comedian and downright liar out of Jesus.  Nonetheless, in God’s grace, mercy and forgiveness at around the age of 90 Sarah has a son-Isaac!  The next time she is biblically noted to have laughed it was in the fuller realization of the joy God gave to her.

Similarly, Elizabeth was also infertile -until the angel Gabriel came and gave her husband the good news of the upcoming birth of John.  In contrast to Sarah, she was humble and believed He could do just as He said. Elizabeth claimed God’s favor, having assurance of faith that God had granted her “great mercy.” She so delighted in joy she went around with other neighbors and relatives including Mary, her cousin and the mother of Jesus.  Elizabeth had a son John the Baptist whom Jesus said in Matt 11:11, “Truly I tell you among those born of women there has not risen greater than..”.

Sister, what is clear in these two circumstances is that the more purely humble and trusting of the Lord and of what He can do, we are-invites Him to come very close to us and have great and greater than more than we could ask or imagine in store for us!

Concern (C):  Sister, are you barren in faith?  The times we live in are never outside of God’s ability to manage.  Are you trusting of Him to author your life in incredible ways?  God writes about 8 billion stories every day every year.  He’s got this! But what will your input include?  Will you laugh in disbelief like Elizabeth at first?  Or will you rejoice in laughter believing God like Sarah at first?  John 14:1 “Do not let your hearts be troubled. You believe in God; believe also in me.” Believe sister.

Encouragement (E):  Laugh!  The Bible refers to women many times as laughing, singing and so.  Is it that God loves to see us laughing, smiling, giggling and enjoying Him like the loving engaged father He is.  Despite the many things set up against us to cry, be fearful, anxious, agitated, angered and all over depressed–we need let go to let laugh!  Prov 31:25 “She is clothed with strength and dignity; she can laugh at the days to come”.  The Lord promised that He will be with us through it all. Go ahead wrap yourself in some God clothes.

Act (A):  Be Joyful !  Read John 15:11, Pet 1:8, Lk 6:21.  The joy that Jesus gave his disciples were in the words He said.  We have those words today as our daily encouragement of being joyful-the Bible.  Our joy is full and complete in Christ.  He took the hardest part of the test away when he died on the cross.  All we have to do is to follow Him straight in to glorious victory.  If that does not make you smile, be joyful and happy.  Sister you got to repent and laugh.

Editor’s Note: July’s blog on Esther had an content date error with a July/August mixup. To correct this mistake this post includes a contrast of two women that was planned to be written for August and September months separately. Sorry for any confusion caused. Thanks for your continued subscribership! 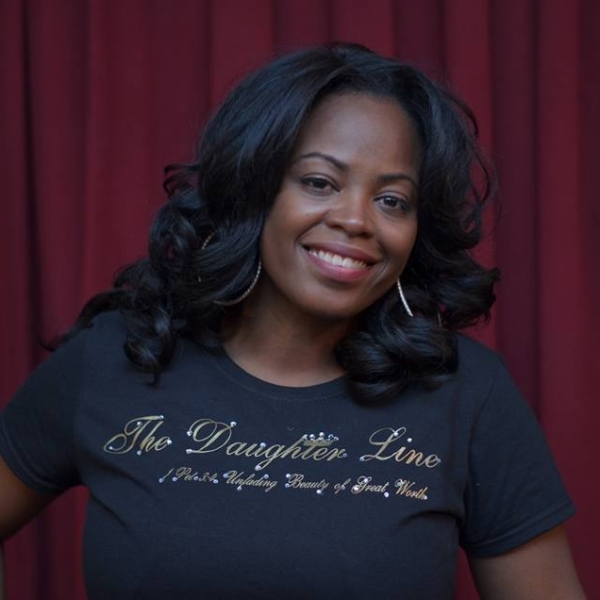